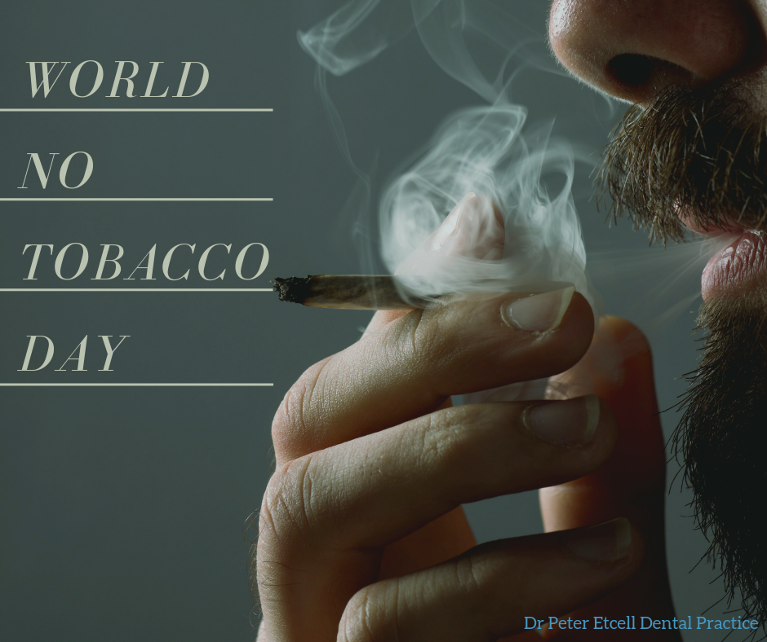 World No Tobacco Day each year, brings awareness on the use of tobacco products and overall health. What some people don't realise, is that tobacco has a huge effect on your oral health!

The first cultivation of tobacco is thought to have been around 6000 BC, with earliest reports of use amongst indigenous Americans around the first century BC. By the 16th century it was being used worldwide. With 1.3 billion current tobacco users in the world predicted to rise to 1.6 billion by 2030. The effects of tobacco use on the population’s oral health are alarming. The most significant effects of smoking on the oral cavity are: oral cancers and pre-cancers, increased severity and extent of periodontal diseases, as well as poor wound healing.

Today, Aussie smokers are blowing a collective $14 billion on their smoking habits each year according to news.com.au! Smokers also pay at least twice as much for their monthly life insurance premiums, in some cases 270% more.

Tobacco use and its association with oral diseases is a major contributor to the global oral disease burden, responsible for up to half of all periodontitis cases among adults.

The mouths saliva contains antioxidant molecules that fight and neutralize harmful substances and help protect the body against cancer.  Researchers have found that cigarette smoke destroys the antioxidants in the saliva and turns the saliva into a chemical mixture that could accelerate the development of oral cancer.

Most oral consequences of tobacco use impair quality of life be they as simple as halitosis, as complex as oral birth defects, as common as periodontal disease or as troublesome as complications during healing.

It is extra important, if you are a smoker, that you visit a dentist regularly so that any conditions can be spotted early. Included in your dental examination, with Dr Etcell, is an oral cancer check. A regular professional scaling and cleaning will keep your teeth and gums in good health and prevent any unnecessary tooth loss.

Q. How many chemicals are in a tobacco smoke?

A. 7000 (statistic obtained from cancer.org.au)

Related Services: General Dentistry
Return to Blog Homepage
Like us on FacebookWatch our Youtube VideosLeave a Google ReviewVisit us on YelpInstagramBingFourSquare
Any surgical or invasive procedure carries risks. Before proceeding, you should seek a second opinion from an appropriately qualified health practitioner.
Contact Us Today
Give Us A Call
Dr Peter Etcell and Associates - (02) 9724 1163
Send Us an Email
Expanded Details View
This Patient's Experience
Loading Testimonial...
Loading Case...